Web development with Python has had its fair share of ups and downs. Having been around since 1991, it had seen many developers come and go with different technologies, frameworks, languages; from Microsoft’s Active Server Pages to Google’s Go language.

However, having undergone years of development and refinement, Python has managed to become the most widely used language in data science and web development today. Here are the top 5 reasons why you should consider using Python for your next web project. Hire Python Developer for your next project.

A large percentage of web developers are familiar with languages like PHP, JavaScript, and CSS. However, when it comes to Python there’s a bit of a learning curve to overcome before becoming proficient in it. This isn’t necessarily a bad thing as it means you need to be highly motivated to learn one of its harder-to-learn languages (there are over 100 computer programming languages in existence). As an aside, even if you don’t end up using Python when developing your website or app you will at least have better understanding how other web development languages work. That knowledge can often be invaluable for jobs outside of coding such as project management or serving as technical lead on projects.

The Python standard library has a module for just about everything. You won’t need to run out and find third-party modules to solve a wide variety of problems. It’s built in, ready to use. If you’re coming from Ruby, note that there are similar libraries available in Ruby (e.g., ActiveSupport) but they lack quite as much polish or breadth of coverage as what is found in Python. Any questions you have about data structures or algorithms should be answered by your version of choice (2.x or 3) of Python with relative ease thanks to its robust standard library.

If you ask around, you’ll quickly discover that many developers are learning Python—in part because it’s a great general purpose language, but also because it has become a valuable tool in web development. In fact, according to a study conducted by Stack Overflow in 2016, Python was one of most popular programming languages. The reason for that popularity has to do with its growth within data science and machine learning communities. Beyond just being an effective way to understand and manage data in your business, using Python can help you launch new products quickly—which means more time spent on what really matters (and higher profit margins).

In addition to its many core functionalities, Python offers a wide range of specialized libraries that extend its use far beyond writing simple scripts. These tools make it easy to do things like create GUIs (Graphical User Interfaces), conduct machine learning and image processing, and even build games. No other programming language offers as much in terms of functionality built-in, so you don’t have to spend extra time creating tools from scratch. The strength of these tools can vary depending on which ones you choose, but overall Python provides an exceptional selection out of the box. The downside here is that not all developers need or want all those features; some will find them a distraction and prefer instead to stick with core coding only—especially when working in teams or on public codebases.

Have you ever wondered why sites like Google, Facebook, and YouTube are written in Python? It’s because of its speed. According to a recent study by TechEmpower that compares performance across several programming languages and platforms, Python benchmarks at 20 times faster than an interpreted language like PHP. That equates to better page load times, a key factor in website ranking with search engines. In addition to performing better than other languages, it’s also easier to write because of its lack of rigid syntax rules. It allows developers more flexibility when it comes to building apps for mobile devices since it can be used to create high-performing native mobile apps with high-quality user interfaces in less time.

Python has been around since 1991 and has been adopted by many developers. It’s easy to learn, easy to read, comes with great libraries and built-in modules, and there are lots of jobs available in industries that use it. If you’re planning on learning a new programming language, why not start with one that’s easy to work with and widely used? Consider learning Python if you’re interested in creating games or need help managing website content. With more companies using Python than ever before, more opportunities will continue to come your way as a result. 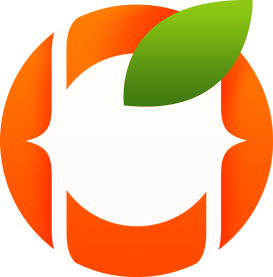 Common WordPress Errors & How to Fix them

Wix vs WordPress: Which one is better?